On February 22, 2017, the U.S. Supreme Court issued its decision in Life Technologies Corp. v. Promega Corp. (Dkt. No. 14-1538). At issue was the question of infringement under 35 U.S.C. § 271(f)(1), which provides in pertinent part that “[w]hoever without authority supplies or causes to be supplied in or from the United States all or a substantial portion of the components of a patented invention,” in such manner as to actively induce the combination of components outside of the United States, shall be liable as an infringer. (Emphasis added.) Promega sued Life Technologies for infringement of a U.S. patent claiming a kit with five components. Life Technologies assembled the kit in the U.K. but the kit required that one of the five components be shipped from the U.S. The Court addressed whether supplying one component of a multi-component genetic testing kit assembled in foreign territory would infringe a U.S. patent claiming genetic testing methods and kits. The Court held that such activity did not constitute infringement under § 271(f)(1). In the proceedings below, the Federal Circuit determined that the U.S. component, a thermostable enzyme known as Taq Polymerase, was an important component of the claimed kit and reversed the trial court's judgment of no infringement by Life Technologies.

The Supreme Court reversed and remanded, reasoning that the “all or a substantial portion” language of § 271(f)(1) was found in a quantitative statutory context and, therefore, the provision imposed a quantitative, not qualitative, limitation on the infringement defined therein. The Court was not persuaded by Promega’s argument that the genetic testing kit allowed for DNA fingerprinting of samples amplified using polymerase chain reaction (PCR) technology, and that the thermostable enzyme was important to that technology. (The other kit components were primers, nucleotides, a buffer and a control DNA.) The Court reasoned that within the quantitative framework of § 271(f)(1), a single component of a multi-component invention could not constitute all or a substantial portion of the invention, creating a bright-line rule for future applications of the provision. Justices Alito and Thomas wrote separately to emphasize that the Court did not reach the question of how many components of a multi-component invention would be required for infringement under § 271(f)(1). The decision clarifies the law to indicate that a single component is not enough for § 271(f)(1) liability, but the law is still unclear as to how many components may be necessary for liability under this section.

For more information, please contact William K. Merkel, Ph.D. or another attorney at the Firm. 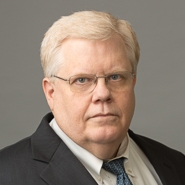