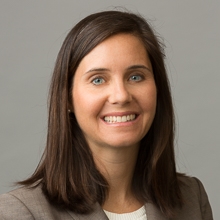 Marshall, Gerstein & Borun LLP attorneys Jeffrey S. Sharp and Meggan F. Duffy contributed a chapter on the “Challenges of Intellectual Property and Branding on Regulatory Approvals” for "Nutraceutical and Functional Food Regulations in the United States and Around the World." Published in July 2008, the book contains 26 chapters contributed by nutraceutical, functional food regulators and intellectual property experts from across the globe.

“Globalization of the nutraceutical and functional food industries presents significant challenges, not the least of which is the regulatory variance between countries in the marketplace,” said Sharp. “Add in the wide differences between intellectual property law and marketing considerations in different countries, and the job of bringing these foods and supplements to market can seem daunting. We hope to shed some light on issues so that developers and manufacturers can chart a clear course from the start."

"Nutraceutical and Functional Food Regulations in the United States and Around the World" is a collection of articles written by leading experts with the specific intention of addressing these important considerations. Beginning with insights into the scope, importance and growing opportunities presented by these industries, the book addresses the global acceptance and demand for nutraceuticals and functional foods, while exploring the legal and regulatory hurdles inherent in bringing these foods and dietary supplements to market, as well as discussing the intricate aspects of manufacturing procedures. A valuable resource, the book includes regulatory information from South America, Canada, European Union, Australia, New Zealand, Africa, Japan, Korea, China, India and Southeast Asia, as well as the United States.

Special Counsel and the firm’s Director of Professional Development, Meggan Duffy’s practice comprises patent prosecution and opinions and counseling in the mechanical, consumer products and medical devices and technology areas. She also teaches patent law at DePaul University College of Law and is Co-Director of its LL.M. Program in Intellectual Property Law.