Update on “Gene patents” in the US

On August 25, attorneys for the ACLU and other plaintiffs in the Myriad litigation petitioned the Federal Circuit three judge panel to rehear the case, asserting that the panel “majority erred in analyzing the chemical structure of the patented genes and gene fragments without considering (1) that the language of the patents defines the function, not the structure of the patented genes and gene fragments; (2) that gene fragments with the altered chemical structure identified by the Court exist in nature.” The petition further asserted that the panel’s majority opinion improperly relied upon scientific evidence that was not properly raised by Myriad in the district court proceeding, and that the plaintiffs consequently did not have an opportunity to address with their own evidentiary submissions and arguments. Finally, the petition urged that the court should recognize that at least two additional plaintiffs have standing to maintain the declaratory judgment lawsuit. In its original opinion, the Federal Circuit had concluded that only one of the twenty named plaintiffs, Dr. Harry Ostrer, had standing to bring the declaratory judgment suit.

On August 29, Myriad filed its own petition for rehearing, addressing the standing issue. Myriad has urged that with Dr. Ostrer’s recent departure from his position at New York University’s Langone Medical Center, he no long has a true case or controversy with Myriad, because the original controversy with Myriad stemmed solely from communications about the patents that Myriad had had with NYU in 1998. Because jurisdiction is a threshold issue, Myriad urges that the case is now moot, and that the court must dismiss it for lack of continued jurisdiction. In its petition, Myriad urges that while the appeal must be dismissed as moot, the panel’s original opinion upholding Myriad’s patent claims should not be vacated, because the mootness was caused by Plaintiff’s unilateral action.

The longstanding practice of granting "gene patents" (directed to isolated nucleic acids) in the US was called into question by a declaratory judgment challenge to the validity of selected claims in a patent portfolio of Myriad Genetics. The "gene patent" claims at issue pertained to isolated DNA molecules comprising all or portions of gene sequences known as BRCA1 and BRCA2, useful in testing for genetic predisposition to certain cancers.

On 29 March 2010, on a motion for summary judgment, the US District Court for the Southern District of New York issued a 156 page opinion in Association for Molecular Pathology et al. v U.S. Patent & Trademark Office et al. ("Myriad") declaring the patent claims at issue invalid, shocking the biotechnology industry. With potential implications for claims in hundreds or thousands of other U.S. patents, the court decided that the claims to the isolated BRCA genes and gene fragments were invalid under 35 USC 101 because the claims encompass "products of nature." The defendant-patentee Myriad appealed this decision to the Court of Appeals for the Federal Circuit, which hears all patent appeals.

In an unusual development, the US Department of Justice (DoJ) filed an amicus brief with the Federal Circuit, ostensibly representing the position of the executive branch of the Federal government, which includes the PTO. The DoJ urged the Federal Circuit to affirm the District Court’s holding of invalidity with respect to certain claims directed to isolated DNA, but urged reversal with respect to other claims directed to cDNA, because cDNA does not exist in nature.

Writing a "majority" opinion for the Court, Judge Lourie reasoned that all of the claims to isolated nucleic acids fell within the accepted statutory class of "compositions of matter" inventions and that such compositions of matter were not unpatentable "products of nature" as held by the District Court. Central to Judge Lourie’s opinion was that the inventors had created new molecules that did not exist in nature: "BRCA1 and BRCA2 in their isolated state are not the same molecules as DNA as it exists in the body; human intervention in cleaving or synthesizing a portion of a native chromosomal DNA imparts on that isolated DNA a distinctive chemical identity from that possessed by native DNA."

In a concurring opinion, Judge Moore agreed with Judge Lourie’s decision, but not entirely with his reasoning. "I analyze the isolated DNA claims ... to determine whether they have markedly different characteristics with the potential for significant utility, e.g., an "enlargement of the range of . . . utility" as compared to nature." Under this test, Judge Moore concluded that claims directed to cDNA’s and claims directed to probe-size BRCA-1 or -2 DNA fragments were patent-eligible, because both cDNA’s and probes were chemically different from natural DNA and had significant recombinant DNA and diagnostic utilities that native BRCA-1 and -2 chromosomal DNA lacked. However, she felt that broader claims covering all or most of a full length human BRCA gene sequence, presented a "much closer case" because she was unable to identify (from the litigation record) a compelling "enlargement of the range of utility" for these longer DNA sequences. Ultimately, Judge Moore was moved by "settled expectations" of the industry and the "substantial historical background" of the case, including decades of Patent Office practice issuing "thousands of patents with claims to isolated DNA" without Congressional interference. "I leave it to Congress, who 'has the constitutional authority and the institutional ability to accommodate fully the varied permutations of competing interests,' … to decide whether it is necessary to change the scope of section 101 to exclude the kind of isolated DNA claims at issue here. '[U]ntil Congress takes such action, this [c]ourt must construe the language of § 101 as it is.'" On this basis, Judge Moore sided with Judge Lourie, and the holding of invalidity of the "gene" claims was reversed.

Judge Bryson concurred with the majority on the patent eligibility of claims directed to cDNA, but dissented with respect to the isolated nucleic acid claims covering gene fragments or full length BRCA coding sequences. Judge Bryson felt that the case dealt with a pure question of statutory interpretation and no deference was owed to established PTO practice, policy, or guidelines.

Thus, the Federal Circuit in Myriad has confirmed the patent eligibility of isolated DNA, but only by a 2-1 split decision, with Judge Moore opining that some of the claims presented a "close call." Moreover, each judge’s opinion could signal different approaches should the Federal Circuit consider the continued patent eligibility of other biotechnology inventions in the future, such as purified or isolated proteins and antibodies that exist, in impure form, in nature. The plantiffs-appellees are widely expected to request reconsideration by the Federal Circuit en banc, and/or review by the U.S. Supreme Court, which may have the final word in the debate.

NOTICE: This alert is intended to be informative and should not be construed as legal advice for any specific fact situation. Opinions expressed herein are those of the author and not necessarily the opinions of Marshall, Gerstein & Borun LLP or any of the firm’s clients. Readers should not act upon the information presented without consulting professional legal counsel. The above is based on an excerpt from an article directed to patent eligibility of genes in the US and Europe that appears in Financier Worldwide’s September 2011 issue (www.financierworldwide.com). ©2011 David A. Gass, Marshall, Gerstein & Borun LLP. All rights reserved 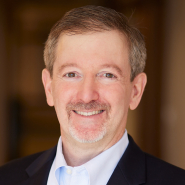