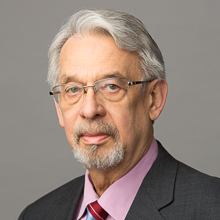 With 43 years of experience, Donald W. Rupert has handled well over 100 IP litigation matters in the chemical, consumer products, heavy equipment, pharmaceutical, and computer industries. He has been lead trial counsel in jury and bench trials and lead appellate counsel in IP appeals; he also has acted as lead IP attorney in commercial transactions having a cumulative value of over $15 billion. Mr. Rupert has handled the prosecution and defense of patent and trademark infringement cases for major manufacturers of heavy machinery, consumer goods, and sporting equipment, has developed a successful licensing strategy for a U.S. company relating to the world-wide distribution and use of dietary supplements.

In addition, Mr. Rupert is a member of the Commercial Panel of the American Arbitration Association and has acted as the arbitrator in intellectual property cases having a range of technical issues.

He has also authored or co-authored a number of amicus curiae briefs filed in the U.S. Supreme Court and the U.S. Court of Appeals for the Federal Circuit on important intellectual property issues.

Mr. Rupert’s skills and qualifications have been acknowledged annually by the Martindale-Hubbell® AV Peer Review Rating™ since 1987, and The Legal 500, which noted that clients describe him as a “person of ethics and integrity, with strong expertise.” He was selected for inclusion Illinois Super Lawyers® annually from 2009–present wherein only five percent of the lawyers in the State are recognized each year. He also has been selected by the Chicago Law Bulletin as a “Leading Lawyer” each year since 2004, and has been selected by his peers for inclusion in The Best Lawyers in America© annually since 2007 in the practice areas of Biotechnology Law, Litigation–Patent, Litigation–Intellectual Property, and Patent Law. Mr. Rupert was named the “IP Lawyer of the Year (Midwest)” for 2014 by ACQ Global Awards, and “Lawyer of the Year in Biotechnology Law (Chicago)” in 2014 and 2018 by Best Lawyers. In addition to his honors, he is listed in Who's Who in American Law, Who's Who in American Business, Who's Who in America and Who's Who in the World.

Mr. Rupert’s trial and litigation work has included such products, among many others, as:

As a member of the Commercial Panel of the American Arbitration Association, Mr. Rupert has acted as an arbitrator on intellectual property cases involving the following:

In his amicus curiae briefing, he has authored or co-authored briefs in the following intellectual property cases which were filed in the noted cases on behalf of the Intellectual Property Association of Chicago (IPLAC) or the American Bar Association (ABA):

In his licensing and transaction work, he has provided strategic advice to many companies, negotiated domestic and international licenses, supply and distribution agreements, handled litigation settlements, and performed corporate due diligence reviews and transactions. His experiences also include patent prosecution in a wide range of technologies.

Mr. Rupert has been a deposition instructor for the National Institute for Trial Advocacy for years and is a member of the committee that prepared and revised patent jury instructions to be used in the federal district courts of the Seventh Circuit.

He has argued cases before the Courts of Appeals for the Federal Circuit and the Seventh Circuit and has argued substantive motions in state and federal courts in Illinois, New York, Michigan, Georgia, Florida, Delaware, California, Tennessee, and others.