The National LGBT Bar Association will host the 2015 Lavender Law® Conference and Career Fair on August 5–7, 2015, at the Marriott Magnificent Mile in Chicago, Illinois. President of the Association’s Board of Directors, Jeremy D. Protas, will be in attendance at the conference, and partner Sharon M. Sintich, Ph.D. will be at Marshall, Gerstein & Borun's booth during the career fair on Friday, August 7.

At Marshall, Gerstein & Borun LLP, Partner Jeremy D. Protas prosecutes and secures patents in diverse technologies including process control, wireless communication, software development and retail systems. He is a recipient of the 2012 National LGBT Bar Association’s Best LGBT Lawyers Under 40 Award and was recognized by The Minority Corporate Counsel Association (MCCA) as a 2013 Rising Star. In 2009, Mr. Protas founded the Jeremy D. Protas LGBT Patent Law Scholarship. The scholarship aims to raise awareness of patent law among lesbian, gay, bisexual, and transgender law students, in furtherance of the goal of increasing the number and visibility of LGBT lawyers in the patent law community. 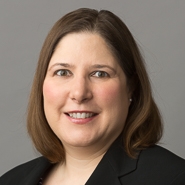