On June 15, 2020, in a resounding victory for LGBTQ rights from a conservative court, the Supreme Court ruled in a 6-3 opinion that a landmark civil rights law, Title VII, protects gay, lesbian, and transgender people from discrimination in employment.  Bostock v. Clayton County, 590 U.S. ___ (2020).  The Supreme Court said that “[a]n employer who fires an individual merely for being gay or transgender defies the law,” violating Title VII of the Civil Rights Act of 1964.  In each of the three cases before the court, an employer fired an employee shortly after the employee revealed they were gay or transgender, and apparently for no other reason.  Each employee brought suit under Title VII because of unlawful discrimination on the basis of sex.  Because there was disagreement among the appellate courts with the handling of these suits relating to the scope of Title VII’s protections for homosexual and transgender persons, the Supreme Court granted certiorari.

In deciding the case, the Supreme Court reasoned that Title VII prohibits employers from taking certain actions “because of” sex.  In the opinion written by Justice Gorsuch, the court said that the statute imposes liability on employers only when they “fail or refuse to hire,” “discharge,” “or otherwise . . . discriminate against” someone because of a statutorily protected characteristic like sex.  The court found that the statute’s message for the cases before them here was simple and momentous:  “An individual’s homosexuality or transgender status is not relevant to employment decisions. That’s because it is impossible to discriminate against a person for being homosexual or transgender without discriminating against that individual based on sex.”  The court reasoned that sex plays a necessary and undisguisable role in the decision, exactly what Title VII forbids.  The court said that Title VII’s legal analysis asks simply whether sex was a but-for cause, the kind of cause the law is looking for in a Title VII case.  That form of causation is established whenever a particular outcome would not have happened “but for” the purported cause. The court went on to say that “[y]ou can call the statute’s but-for causation test what you will—expansive, legalistic, the dissents even dismiss it as wooden or literal. But it is the law.”

Justices Alito and Kavanaugh provided dissenting opinions, both asserting it was Congress’s role under the Constitution’s separation of powers and not that of the courts to amend Title VII.  Justice Alito felt the decision was a brazen abuse of the court’s authority to interpret what “sex” means in the statute, noting that neither “sexual orientation” nor “gender identity” are listed in the five specified grounds for prohibiting employment discrimination under Title VII.  Justice Kavanaugh acknowledged the victory of the decision for gay and lesbian Americans, but agreed with Justice Alito that it was Congress’s role to amend Title VII, and not that of the Supreme Court.

Marshall Gerstein applauds this ruling, and is committed to the recruitment, retention, and advancement of talented people from all backgrounds. 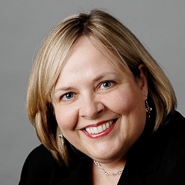