On February 9, 2021, the Federal Circuit granted rehearing in this case. In an unusual order, the original 3-judge panel vacated its own decision and will rehear the case. The case is not being reheard en banc at this time. The panel scheduled a new oral argument in just two weeks on February 23, and the panel is not requesting any additional briefing. This turn of events suggests that the panel may be considering revising its decision, at least with respect to the period of time where Teva used a skinny label (discussed below as the “skinny-label period”).

In a 2-1 decision, the Federal Circuit reinstated a $236 million verdict in favor of GSK and against Teva. GlaxoSmithKline LLC v. Teva Pharm. USA, Inc., Case No. 2018-1976 (Fed. Cir. Oct. 2, 2020). The case is about Teva’s generic version of GSK’s Coreg® carvedilol medicine and whether Teva induced infringement of a GSK reissue patent covering a method of treating patients with congenital heart failure (CHF).

At trial in the District of Delaware, the jury found induced infringement and awarded damages of $236 million. Chief Judge Stark granted judgment as a matter of law in favor of Teva. Focusing on the issue of causation, Judge Stark found that GSK had not presented substantial evidence that any Teva communications actually caused doctors to prescribe Teva’s generic carvedilol for the patented use of treating CHF.

In an opinion by Judge Newman and joined by Judge Moore, the Federal Circuit reversed, holding that substantial evidence supported the jury’s verdict and finding that the district court applied the wrong standard in assessing induced infringement and causation.

Teva’s two labels for its generic product
The patent in this case is a reissue patent covering a method of treating patients with CHF that was in force from 2008 through 2015. Carvedilol is FDA approved for treating CHF, among other indications.

Teva launched its generic carvedilol product in 2007, only after GSK’s patent on the drug compound had expired. At that time, Teva used a “skinny” label that carved out the CHF indication. In 2011, however, the FDA required Teva to revise its label to be identical to GSK’s label, thus including the CHF indication. The jury specifically found that Teva induced infringement during both of these periods: the “skinny-label period” and the “full-label period.”

Whether Teva’s communications caused infringement
The key issue on appeal was whether Teva had presented substantial evidence of causation. According to the dissent and the district court, GSK failed to prove that Teva’s inducing communications had actually caused doctors to prescribe Teva’s generic product. Rather, the trial record only indicated that doctors relied on their previous knowledge of how to prescribe carvedilol; they did not rely on Teva’s marketing materials and label when prescribing the drug.

According to the majority, however, the district court applied the wrong legal standard by focusing on causation: “[P]recedent makes clear that when the provider of an identical product knows of and markets the same product for intended direct infringing activity, the criteria of induced infringement are met.” This statement of the law does not appear to require proof of causation as long as the party inducing infringement knows that it is marketing its product for an infringing use.

The decision raises questions about whether a generic drug maker can ever avoid inducing infringement of a method-of-treatment patent by carving out indications on its label. The outcome of the case may have been different if Teva had not changed its label to include all indications (including the patented use), and if it had avoided marketing its product as therapeutically equivalent to the branded product, without any qualifications. In contrast, the dissent’s focus on causation would make it difficult for a brand company to ever prove induced infringement of a method-of-treatment patent. According to the dissent, even if a generic does not carve out patented uses from its label, a patent holder cannot prove induced infringement without evidence that doctors actually relied on the generic label when treating patients.

DISCLAIMER: The information contained in this post is for informational purposes only and is not legal advice or a substitute for obtaining legal advice from an attorney. Views expressed are those of the author and are not to be attributed to Marshall, Gerstein & Borun LLP or any of its former, present, or future clients. 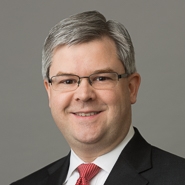