On April 23, 2020, the Supreme Court decided that willfulness is not a prerequisite to award a trademark infringer’s profits under the Lanham Act provision governing remedies for, among other things, trademark infringement, 15 U.S.C. § 1117(a). Romag Fasteners, Inc. v. Fossil, Inc., et al,590 U.S. ___ (2020). The ruling resolves a longstanding circuit split on the issue.

At stake for Fossil, Inc. was an approximately $6.7 million award of profits to successful plaintiff, Romag. Fossil, Inc. argued that an award of a defendant’s profits under § 1117(a) is “subject to the principles of equity” meaning willfulness was required. However, the Supreme Court expressed reluctance to read words into the section of the Lanham Act under which Romag had proven infringement, 15 U.S.C. § 1125(a), which “has never required a showing of willfulness to win a defendant’s profits.” Id. at p. 3 (emphasis in original). Willfulness is typically measured by the defendant’s mental state leading up to taking the action that formed the basis of plaintiff’s complaint.

In this case, the Court emphasized that the Lanham Act “speaks often and expressly” about mental states but trademark infringement under § 1125(a) includes no such mention. Id. In contrast, the Lanham Act expressly requires a mental state to award profitsfor trademark violations other than infringement (i.e., when a defendant is liable for dilution under 15 U.S.C. § 1125(c), willfulness is required) or for consideration of other forms of damages (i.e., statutory damages for counterfeit marks under 15 U.S.C. § 1117(c) increases from up to $200,000 to $2,000,000 upon showing of willfulness). Id.To paint a violation of § 1125(a) for infringement with the same brush would require the Court to assume Congress “intended to incorporate a willfulness requirement here obliquely” despite the express requirement in other provisions, a task the Supreme Court declined to undertake. Id.at p. 4.

Questions or comments regarding the information above may be directed to Gregory Chinlund. 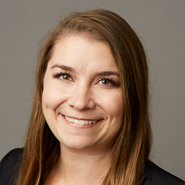