In Oil States Energy Services, LLC v. Greene’s Energy Group, LLC, et al., Justice Thomas, writing for a 7-2 majority of the Supreme Court, explained that inter partes review proceedings do not violate Article III or the Seventh Amendment of the Constitution. 138 S. Ct. 1365 (2018). But his opinion for the majority invited confusion and delay, upon the brink of which the Federal Circuit now stands. This stems from Oil States’ failure to explicitly challenge, in the broad question its certiorari petition presented, the retroactive application of inter partes review to its patent—a patent that issued before the procedure existed. Oil States did not contest that cancellation of its patent through inter partes review in such circumstances was a putative “taking without just compensation” and denial of due process. The Supreme Court suggested as much, yet refrained from commenting further. Id. at 1379.

The Takings Clause of the Fifth Amendment states that private property shall not be taken for public use without just compensation. Contemporary Supreme Court decisions state that patents are property for purposes of the Takings Clause, Florida Prepaid Postsecondary Educ. Expense Bd. v. College Sav. Bank, 527 U.S. 627, 642 (1999), and that patents cannot be appropriated by the government without just compensation. See Horne v. Dep’t. of Agric., 135 S. Ct. 2419, 2427 (2015). Also, a 90-year old Supreme Court decision posits that laws retroactively eliminating a patent infringement claim would raise concerns under the Takings Clause. Richmond Screw Anchor Co. v. United States, 275 U.S. 331, 345 (1928). Unsurprisingly therefore companies often pursue patents and forego trade secret protections with an expectation the patent laws will not so fundamentally change as to eviscerate the investment in disclosing the invention to the public in exchange for the patent.

The Court’s refrain in Oil States did not go unnoticed. Patent owners, who, like Oil States, similarly lost patents in inter partes review proceedings, have since challenged the constitutionality of those proceedings relative to their lost patents—patents that issued from applications filed before the effective date of the America Invents Act (AIA), which authorized these reviews. One such appeal pending before the Federal Circuit concerns Genentech’s patents covering methods of purifying therapeutic antibodies. Other pending appeals concern AbbVie’s patents covering therapeutic administrations of its Humira® drug product. In each, the patent owners lost inter partes reviews. And in each, the patent owners have seized on the Court’s opinion to raise constitutional challenges.

The Attorney General’s Genentech brief argues that inter partes reviews do not newly expose pre-AIA patents to post-issuance administrative review, but merely alter procedures and the forum for that review—alterations that nevertheless comport with principles of due process. Importantly, according to the brief, the proceedings do not alter any substantive provisions governing patentability determinations but rationally advance a legitimate legislative purpose in “protect[ing] the public’s interest in avoiding erroneously granted patents that allow private parties to monopolize ideas that properly belong to the public at large.”[5] The brief also rejects the Fifth Amendment challenge, stating the Office’s cancellation of a patent through inter partes review is merely a determination that the patentee never had a valid property right, and not meaningfully different than a district court judgment that the patent is invalid.[6] In both cases, according to the brief, “there was nothing for the government to take.”[7]

Congress devised the AIA statute with the Patent Office’s input. It is therefore no mystery that the legislative and executive branches of the government considered the proceedings constitutional. Indeed the two branches devised a separate review proceeding available only for patents applied for after the effective date of the AIA, see 35 USC §§ 321–329 (post grant review), underscoring an intention that pre-AIA patents are subject to inter partes reviews. The Department of Justice and the Patent Office reaffirmed these views in the brief they filed in the Oil States case.[8] The Supreme Court’s opinion unfortunately has invited delays in the Genentech and AbbVie appeals (and in other pending and future appeals) and unnecessarily so if the Court’s invitation turns out to have been illusory. More recently, when this due process issue arose in early October, the Court issued an order summarily denying an unopposed certiorari petition. Advanced Audio Devices, LLC v. HTC Corp., 721 F. App’x 989 (Fed. Cir. 2018), petition for cert. denied, 586 U.S. ___ (Oct. 9, 2018) (No. 18‑183) (denying a petition questioning “[w]hether inter partes review of patents filed before enactment of the Leahy-Smith America Invents Act violates the Takings Clause of the Fifth Amendment to the U.S. Constitution”).

Most of the thousands of patents subjected thus far to inter partes review petitions issued from applications filed before the effective date of the AIA. Over time, that will change. But for now nobody should be surprised if patent owners appealing Patent Office decisions that canceled their pre-AIA patents question the constitutionality of the proceedings. The Attorney General’s brief in Genentech identifies nearly two dozen other pending appeals posing the same question.[9] No matter what the Federal Circuit decides in Genentech, AbbVie, or some other appeal, the Supreme Court is going to have to address this issue. It’s a pity, perhaps, that it did not do it in Oil States.

DISCLAIMER: The information contained in this article is for informational purposes only and is not legal advice or a substitute for obtaining legal advice from an attorney. Views expressed are those of the authors and are not to be attributed to Marshall, Gerstein & Borun LLP or any of its former, present or future clients. 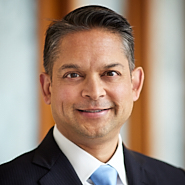