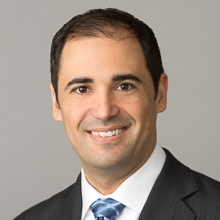 Marshall, Gerstein & Borun LLP attorney Jeremy D. Protas announced Jonathan D. Cocks as the recipient of the 2013 Jeremy D. Protas LGBT Patent Law Scholarship. Mr. Cocks, originally from Texas, is a third-year law student at The Ohio State University Moritz College of Law and holds a Bachelor of Science from The University of California, Los Angeles, in aerospace/mechanical engineering. During his studies at UCLA, Mr. Cocks founded and participated in an effort to design, build, test, and launch a pulse-plasma thruster-powered cube satellite. Before attending law school, Mr. Cocks worked as a research and teaching assistant at UCLA and for The University of California Police Department. Following graduation from law school, Mr. Cocks will return to Texas to pursue a career in patent law.

Mr. Protas funds the $1,000 patent law scholarship, which is awarded annually and is geared toward lesbian, gay, bisexual, and transgender law students intending to pursue a legal career in the field of patent law. Candidates for the 2013 scholarship had to be enrolled at an American Bar Association-accredited law school for the 2013–2014 academic year and be eligible to sit for the Patent Bar Exam. Information can be found at http://jeremy.protas.org/scholarship/.