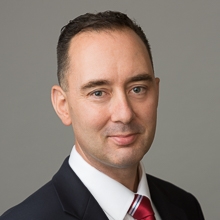 Partner Michael Muczynski was recently quoted in an article by Pharmawire—a subscription-based news service providing daily coverage on the most important situations taking place within the Biotech and Pharmaceutical industry. The article was entitled “Shire's patents for ADD drug Intuniv May be Vulnerable to Generic Design-Around in Ongoing ANDA Litigations.”

In the story, Muczynski commented on Shire’s patents in suit, and how they may stand-up to challenges by generic drug manufacturers. Mr. Muczynski discussed the idea that the claims of one patent “appear to be fairly narrow as they are directed to specific formulations. The goal…could be to protect Shire’s commercial formulation by preventing ‘close knockoffs,’ [and] that it might be possible for the generic challengers to design around it by using other excipients while maintaining bioequivalence.” He also explained how a second patent in suit could suffer from problems that were highlighted in the EPO’s examination of a European counterpart application, noting that ”Shire may need to fall back on narrower dependent claims for validity purposes, which raises the possibility that the narrower claims in the patent do not encompass the generic defendant’s activities.”

Michael Muczynski advises clients on all issues relating to patent strategy and portfolio management, with particular emphasis in patent prosecution and opinions in pharmaceutical and other chemical fields. His clients benefit from his previous litigation experience involving generic pharmaceuticals, in anticipating potential issues and strengthening patents through prosecution.