In Gilead Sciences Inc. v Natco Pharma Ltd. (April 22, 2014, Case No. 2013-1418) the Federal Circuit expanded the universe of art citable in an obviousness-type double patenting situation. The Federal Circuit held that a patent with a later issue date but an earlier expiration date can be cited against an earlier-issued patent having a later statutory expiration date, calling into question the commonly held belief that double patenting only applies to a later issuing patent.

Obviousness-type double patenting (ODP) is a judicially created doctrine developed to prevent unjustified extension of the term of the "right to exclude" granted by a patent. During patent prosecution, an ODP rejection can be raised when the claim of a pending patent application owned by an entity is not patentably distinct from a claim in another application/patent owned by the same entity. Historically, in litigation ODP has been raised as a grounds of invalidity against a second patent when its claims are not patentably distinct from the claims of a co-owned earlier patent.

At issue in Gilead are U.S. Patents 5,763,483 and 5,952,375 covering the anti-viral drug TAMIFLU®. Gilead filed a patent application in February 1996 (claiming priority to a 1995 application) that ultimately issued in 1999 as the ‘375 patent and expires in 2015. A new application having similar subject matter was filed in December 1996 and did not claim priority back to the earlier February 1996 filing. The later-filed application ultimately issued as the ‘483 patent in 1998, with a later statutory expiration date in 2016.

In a 2-1 decision, the court held the claims of the ‘483 patent could be invalid under the doctrine of ODP and vacated the District Court decision holding that the claims were not invalid under ODP. The court reasoned that the ‘483 patent claims, though issuing first, were obvious variants of the subject matter in the earlier-filed but later-issuing ‘375 patent. Therefore, the ‘483 patent constituted a timewise extension of the patent rights in the ‘375 patent, which should not be allowable under the doctrine of obviousness-type double patenting.

The Court reasoned that in previous situations looking at the issuance date of a patent provided a good stand-in for determining ODP since the later–issuing patent often had a later filing date, but in Gilead the issuance dates were insufficient guides for determining obviousness-type double patenting. The Court concluded that looking at the earliest expiration date of all the patents attributable to an inventor or entity on his invention (and its obvious variants) best serves the purpose of the double patenting doctrine. The Court also points out this is consistent with the MPEP guidelines that instruct an examiner to require the owner of a later-filed application file a terminal disclaimer over the earlier application in order for the second application to issue. MPEP §804 states that if a "provisional" ODP rejection (ODP rejection over a pending application rather than a patent) is issued in the second of two related applications, a terminal disclaimer must be required in the later-filed application before ODP can be withdrawn and the application permitted to issue. By this rationale, the patent examiner should have required Gilead to file a terminal disclaimer in the application issuing as the ‘483 patent, but the issue was never raised by the Patent Office.

If you would like to discuss this decision regarding double patenting or any other matter, please don’t hesitate to contact a Marshall, Gerstein & Borun LLP attorney. 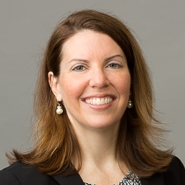