The U.S. Supreme Court has issued a long-awaited decision in Nautilus, Inc. v. Biosig Instruments, Inc., Docket No. 13-369 (2014). That case considered the Federal Circuit’s formulation of the test used to determine whether a patent claim is indefinite. In Nautilus, the Supreme Court held that a patent is invalid for indefiniteness if its claims, read in light of the specification and the prosecution history, fail to inform with reasonable certainty those skilled in the art about the scope of the invention. The Supreme Court concluded that the Federal Circuit’s "insolubly ambiguous" formulation, which tolerates some ambiguous claims but not others, does not satisfy the statute’s definiteness requirement.

The question presented by petitioner Nautilus was whether "the Federal Circuit’s acceptance of ambiguous patent claims with multiple reasonable interpretations – so long as the ambiguity is not ‘insoluble’ by a court – defeats the statutory requirement of particular and distinct patent claiming." Section 112, ¶ 2, of the Patent Act, as it existed prior to the 2011 amendments to the patent statute made by the America Invents Act (AIA), requires that a patent specification "conclude with one or more claims particularly pointing out and distinctly claiming the subject matter which the applicant regards as his invention." 35 U.S.C. 112, ¶ 2. While the AIA changed that language somewhat, the post-AIA amendment retained the requirement that a patent claim must particularly point out and distinctly claim the subject matter of the invention. 35 U.S.C. §112(b).

The Federal Circuit had previously held that a claim satisfies this definiteness requirement even if "reasonable persons will disagree" over the claim’s meaning and scope, provided the claim is "amenable to construction" and the adopted construction is not "insolubly ambiguous." Nautilus contested this approach, arguing that tolerating "ambiguous patent claims with multiple reasonable meanings" improperly shifts "the public-notice function from the patent claim to a court’s construction of the claim." In its decision, the Supreme Court explained that the "insolubly ambiguous" formulation "can breed lower court confusion" and that it "cannot be sufficient that a court can ascribe some meaning to a patent’s claims." To "tolerate imprecision just short of that rendering a claim ‘insolubly ambiguous’ would diminish the definiteness requirement’s public notice function and foster the innovation-discouraging ‘zone of uncertainty’ … against which this Court has warned."

Although the patent–in-suit was subject to the wording in the pre-AIA Section 112, there should be no difference in the application of the new test to patents that are subject to the AIA amendments. However, it will be left to the district courts and the Federal Circuit to develop appropriate criteria for use when applying the "reasonable certainty" component that is part of the Supreme Court’s new test. In addition, while the meaning of the new test is not yet defined, the new test may increase challenges to patent invalidity based on indefiniteness because the Supreme Court suggests that less claim ambiguity should be tolerated.

If you have questions relating to the Nautilus decision, please contact Michael P. Furmanek or Meggan F. Duffy or another attorney at the Firm. 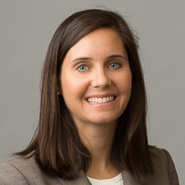 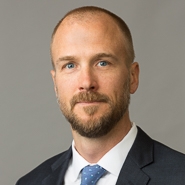