In Minerva Surgical, Inc. v. Hologic, Inc., 594 U.S. ____ (June 29, 2021), the Supreme Court, by a narrow 5-4 margin, upheld the doctrine of assignor estoppel, but constrained its application to assignments where the assignor, expressly or implicitly, knew what they were assigning.  In situations where assignments are executed prior to filing or during prosecution of a pending patent application, if the claims of the application (or of a later Continuation application) are broadened as compared to the claims pending as of the date of the assignment, then “the assignor did not warrant to the new claims’ validity.  And if he made no such representation, then he can challenge the new claims in litigation”.  Slip op., at 16.

In view of Minerva, some practitioners may not change their practice with respect to the timing of assignments, but others may consider having inventors execute confirmatory assignments after the scope of claims is finalized (such as after allowance or after grant), alone or in combination with confirmatory declarations or exit documentation upon termination of employment. This issue might also be addressed in the employment intellectual property and secrecy agreements or other contracts that contain an assignment or obligation to assign, the employee handbook and the company’s intellectual property policy. We discuss each in more detail below.

There are pros and cons to requesting the execution of a confirmatory assignment after issuance, after a notice of allowance, and again during the pendency of each Continuation or Divisional application, even if the inventors have already signed an assignment of the first (or only) application.

Pros: Assignor estoppel would likely apply after execution of a confirmatory assignment.

Cons: Increased administrative burdens without real benefit since there are few cases in which assignor estoppel has had to be invoked to prevent named inventors from challenging validity. (However, “[a]ssignors are especially likely infringers because of their knowledge of the relevant technology.” Minerva, Slip op., at 14, n.4, so they, or their future employers, may be of greatest concern as to potential validity challenges[1]).

Even if it is not desired to request confirmatory assignments of inventors in all cases, perhaps the practice can be limited to exit interviews where many employers take the opportunity to educate and attempt to prevent misunderstandings with their departing employees.  Together with the normal reminders of confidentiality, non-disclosure and use of trade secrets, intellectual property owned by the company to which the inventor contributed and any non-compete obligations, the IP segment of the exit interview could include an acknowledgement of the topics covered in the interview and a confirmatory assignment that identifies all patents or allowed patent applications on which the individual was named as an inventor while in the employ of the assignee, and perhaps includes copies of the patents and published applications (or the allowed claims).  This listing would refresh the departing employee’s recollection of the technology that the individual developed for, and transferred to, the employer and serve as an objective document to provide to future employers as to prior intellectual property retained by your organization.

Contractually the inventor could be obligated to execute confirmatory assignments and this obligation could be memorialized in the employee’s or independent contractor’s agreement, any assignment agreement executed by the inventor, the employee handbook and the company’s intellectual property policy.   Creating an expectation that confirmatory assignments are expected throughout the prosecution process may alleviate inventor frustration or anxiety over signing multiple documents.

If you would like to discuss strategy options in light of Minerva, including whether to implement a confirmatory assignment program in your organization, please contact Jeremy Kriegel, Pamela Cox or another attorney at Marshall, Gerstein & Borun LLP. 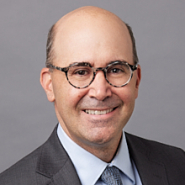