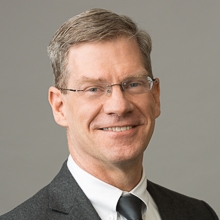 Although Congress is empowered to do little aside from raise questions about ICANN's plans to expand the number of Top Level Domains (TLDs) on the Internet, a witness at The House Energy and Commerce Committee's hearing on the program urged the lawmakers to take action by adopting stronger measures against cybersquatting already plaguing brand owners.

The December 14th hearing revisited many of the issues raised in last week's Senate committee hearing, with Representatives repeatedly suggesting that the opening of the application process, currently set to begin January 12, should be delayed due to the many concerns expressed by their constituents. Although Kurt Pritz, Senior Vice President, Stakeholder Relations for ICANN, did not answer whether a delay is possible, the hearing concluded with a promise by members of the committee that they would continue to monitor the TLD expansion process.

Wednesday's session included testimony sharply critical of both ICANN's expansion plan and of ICANN itself. Representative Cliff Sterns of Florida sought detailed answers about ICANN's rationale for the $185,000 initial application fee, which Mr. Pritz explained is necessary to offset the cost of six stages of application review and is not expected to result in an increase in ICANN's $50 million reserve fund.

According to Mr. Pritz, ICANN believes that the cost to brand owners of the TLD expansion will be offset by the enhanced rights and protections incorporated into the program. As benefits to brand owners that will reduce the need to defensively register their marks, Mr. Pritz cited the trademark owners' objection rights, the Trademark Clearinghouse, and a lower risk that some other party will succeed in obtaining a TLD consisting of a trademark. He also pointed out that ICANN's plan for an expanded pool of top level domains is consistent with the wishes of Congress expressed in a 2001 House hearing. At that time, representatives were concerned that ICANN's approval of only seven of two hundred gTLD applications would have adverse effects on competition. Mr. Pritz testified that ICANN is charged with the mission of increasing competition via the Internet, and from the beginning of ICANN's relationship with the US government in 1998, there has been a fundamental assumption that the number of TLD's would increase.

Not all the witnesses oppose the expansion, however. Thomas Embrescia, Chairman of Employ Media LLC, the registry operator for top level domain .JOBS, testified that under his registry's policies, applicants are screened before being able to register their domains, in contrast to the real-time registration available in the .com and other original TLDs. Due to this and other policies, he stated that cybersquatting is nearly non-existent in the domain. Mr. Embrescia believes that "TLD expansion to service the interest-specific needs of particular communities is a positive innovation and should be supported and encouraged," and suggested that some of the current criticism of the expansion may be fueled by a desire to protect the .com space on the part of "entrenched market players."

Fiona Alexander, Associate Administrator of the Office of International Affairs for the Department of Commerce National Telecommunications and Information Administration (NITA) stated that her agency supports ICANN's process, noting that a number of improvements proposed by the Governmental Advisory Committee were incorporated into the new gTLD program. Among them are procedures that provide law enforcement and consumer protection authorities with significantly more tools than those currently available to address malicious conduct. "The fact that not all of the GAC's proposals were adopted as originally offered does not represent a failure of the process or a setback to governments; rather, it reflects the reality of a multi-stakeholder model" according to the witness. NITA supports the current multi-stakeholder approach, which she said "has been a hallmark feature of global Internet institutions that have been responsible for the success of the Internet."

Another witness expressed support for ICANN's multiple stakeholder "model" of Internet governance but offered criticism and suggestions for the improvement of the expansion program. Josh Bourne, representing the Coalition Against Domain Name Abuse, testified that more time to prepare for the expansion would be helpful, but that important modifications can still be made. Because brand owners do not know when, if ever, there will be another opportunity to own a top level domain, ICANN has created an unnecessary sense of anxiety that could be allayed by an announcement about when a second round for applications will open, according to Mr. Bourne. He suggested that ICANN confirm that there will be future TLD registration opportunities, require registries to allow brand owners to purchase a block for their marks prior to the opening of a registration period in a new TLD, and lower the application fee for subsequent domains once an applicant successfully secures an initial TLD.

Mr. Bourne also had a suggestion for the Representatives themselves: he urged Congress to immediately update the Anti-Cybersquatting Consumer Protection Act to create a stronger deterrent against cybersquatting in both existing and new TLDs.

This alert is intended to be informative and should not be interpreted as legal counsel for any specific fact situation. The information contained herein is for informational purposes only and is not legal advice or a substitute for legal counsel. Readers should not act upon the information presented without consulting professional legal counsel. Pursuant to applicable rules of professional conduct, this communication may constitute Attorney Advertising. © 2011 MARSHALL, GERSTEIN & BORUN LLP, Chicago, Illinois. All rights reserved.