The Firm is pleased to acknowledge the achievement of patent agent Michael A. Chinlund, who has received his law degree and passed the Illinois Bar.

One former patent agent has received his law degree and passed the Illinois Bar. Michael A. Chinlund received his J.D. from the Northern Illinois University College of Law and a B.S. in aeronautical engineering from the U.S. Air Force Academy. Chinlund focuses on aerospace, aircraft and navigation engineering patent prosecution. 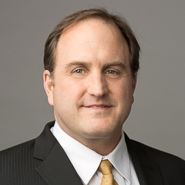