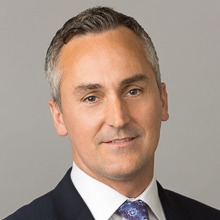 The Estate of Vivian Maier and John Maloof Reach Agreement

Vivian Maier, a prolific amateur photographer who has achieved international posthumous fame and acclaim, died intestate in 2009. John Maloof, a former real estate agent in Chicago, obtained thousands of Maier’s photographic negatives and other works, in most cases, the only known copies of the works Maier created. After Maier’s death, Mr. Maloof created a significant enterprise promoting, marketing, and selling prints of Maier’s works, including the production and distribution of the Oscar-nominated motion picture, “Finding Vivian Maier.” In 2014, the Estate of Vivian Maier, which is being administered by the Public Administrator of Cook County David A. Epstein, issued citations to discover assets to Maloof and his company to obtain information concerning possible copyright claims held by the Estate. Thereafter, the Estate entered into extensive settlement negotiations with Mr. Maloof and the gallery representing Mr. Maloof concerning the past and future exploitation of Maier’s works.

In March 2016, Marshall, Gerstein & Borun LLP's Partner Gregory J. Chinlund successfully completed negotiations on behalf of the Estate with Mr. Maloof, resulting in a confidential settlement agreement. In May 2016, the Probate Court of Cook County approved the settlement.

The agreement between the Estate of Vivian Maier and Mr. Maloof establishes a cooperative structure that allows Mr. Maloof to continue to bring Ms. Maier’s extraordinary photography to light while preserving her legacy.

In 2013, the Spanish fashion company Desigual opposed registration of the trademark DISIDUAL, owned by a growing Washington-based lifestyle company seeking to protect its “distinct individual” apparel for outdoors enthusiasts and active free spirits. Marshall Gerstein has dedicated hundreds of pro bono hours to defending Disidual’s mark in the trial and recently secured a favorable decision from the Trademark Trial and Appeal Board (TTAB).

The TTAB dismissed Desigual’s likelihood of confusion claim. Notably, the TTAB focused on the different pronunciation of the marks. The TTAB noted that “desigual” is a Spanish word with a known pronunciation (dezzy-GWAL) and DISIDUAL is a coined term, likely to be pronounced “di-SID-jew-uhl,” similar to the term “individual.” “When a mark is a recognized word, even in a foreign language, the principle that there is no correct pronunciation of a mark does not apply,” the opinion stated. The TTAB also noted that, when a mark is not a recognized word and the weight of the evidence suggests that consumers would pronounce it a particular way, it is error to ignore such evidence. The distinct pronunciation of the marks, combined with other factors, led the TTAB to conclude that Desigual had failed to prove that a likelihood of confusion existed.