On October 31, 2016, the Supreme Court heard arguments in Star Athletica, LLC v. Varsity Brands, Inc., a copyright case regarding the “separability” of design elements from useful articles. Varsity Brands, Inc. (“Varsity”) sued Star Athletica for reproducing its registered designs on cheerleading uniforms, claiming that the designs—such as, chevrons, zigzags, and lines—should be afforded copyright protection because they are separate from the uniform’s utilitarian aspects. Conversely, Star Athletica argued that the placement of the zigzags and lines creates the optical illusion that the cheerleader appears slimmer and taller, making the designs utilitarian in nature and ineligible for copyright protection. Interestingly, both parties agreed the designs at issue are protected by copyright law when used on hats or lunchboxes, but dispute whether the designs are afforded the same protection when used on uniforms.

The Court’s decision, expected in 2017, may impact a number of industries including fashion and 3D printing.  Depending on the outcome, designers may be able to claim protection in their original designs on clothing, and prevent others from reproducing those designs, granting some clothing makers exclusivity in certain artistic features. Furthermore, an increasing amount of companies use 3D printing to make useful articles and attach their own designs, giving them a stake in the outcome. The Court’s decision is important because if it clarifies a test for maintaining conceptual separability, companies could conform their designs to ensure they are not utilitarian and secure protection in original designs affixed to useful articles for at least 95 years.

The design of a useful article is only eligible for copyright protection as a pictorial, graphic, or sculptural work to the extent “such design incorporates features that can be identified separately from, and are capable of existing independently of, the utilitarian aspects of the article.”  17 U.S.C. § 101.

Courts have used at least ten different tests in determining whether a feature of a useful article is protectable under the Copyright Act. While the Sixth Circuit ruled Varsity’s designs are protectable, it noted the need for a uniform standard on this legal point.  The Supreme Court granted certiorari with the goal of clarifying the appropriate standard.

Star Athletica asserted that the designs are not eligible for copyright protection because they are inseparable from the utilitarian aspects of the uniform. First, Star Athletica argued the designs are useful because the chevrons and zigzags are the only way to identify the people wearing the uniforms as cheerleaders. The designs are precisely what makes the cheerleader uniform a cheerleader uniform and cannot be removed without losing this function.  Second, Star Athletica asserted that the designs are utilitarian because the arrangement of lines, zigzags, and chevrons create the illusion that the wearer is taller and slimmer. Star Athletica further contended that, if these lines and zigzags were placed elsewhere on the uniform they would not have the same slimming effect. As counsel put it, “if the article does less work when that thing [design] is gone, it’s not separable.” In other words, if the uniform loses its slimming effect when the design is removed or altered, then it is not separable from the useful article and the design is ineligible for copyright protection.

The Court challenged both parties’ arguments. Justices Sotomayor and Breyer expressed their concerns that if the Court sided with Varsity and granted copyright protection in the features on the uniform, then the ruling could potentially give rise to exclusivity in particular designs. As Justice Sotomayor indicated, nobody will be able to create “knockoffs” resulting in a lack of competition in the marketplace. Justices Ginsburg and Kagan seemed to agree that utilitarian aspects should only encompass the intrinsic function that makes something a useful article, and exclude aspects that relate to the appearance of the article or the conveyance of information. This logic undercuts Star Athletica’s argument that the design is a useful feature because it conveys that the person wearing the uniform is a cheerleader. Ultimately, the Court’s line of questioning did not reveal which direction the ultimate decision may take.

For more information, please contact Michelle Bolos or another attorney at the Firm.

The information contained in this alert is for informational purposes only. Under applicable rules of professional conduct, this communication may constitute Attorney Advertising. © 2016 MARSHALL, GERSTEIN & BORUN LLP, Chicago, Illinois. All rights reserved. 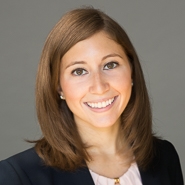