Recognized for their outstanding leadership and commitment to excellence, Marshall, Gerstein & Borun LLP is pleased to announce The American Lawyer has named Partners Benjamin Horton and Paul Stephens to its inaugural list of Midwest Trailblazers. This recognition honors professionals in the Midwest who have moved the needle in the legal industry.

Along with fellow Midwest Trailblazers, Ben and Paul’s commitment and achievements are showcased in The American Lawyer April 2021 Issue on pages 70 and 76.

Ben leads Marshall Gerstein’s IP Litigation practice, establishing Marshall Gerstein as one of the most active firms in the country for International Trade Commission (ITC) investigations. Ben has achieved many successful ITC outcomes on behalf of clients in industries such as consumer products, medical devices, and biotechnology. As lead counsel for PopSockets LLC – a designer and manufacturer of mobile phone accessories – Ben led an aggressive campaign to combat the widespread infringement of PopSockets’ intellectual property rights by hundreds, if not thousands, of manufacturers. Among his many victories on behalf of PopSockets, Ben successfully resolved four district court cases including two court-ordered permanent injunctions and secured a major victory when the ITC issued a general exclusion order (GEO) – a blanket sanction seldom awarded – banning the importation of infringing products from any manufacturer, anywhere in the world. Ben joined the firm in 2005 and has since been a mentor to both firm professionals and aspiring lawyers, a thought leader on the topics of patent litigation and strategy, and a pro bono advocate to Chicago area legal clinics.

Paul has spent his entire legal career at Marshall Gerstein, from summer associate to partner, and has managed global patent portfolios for a multi-billion dollar financial transactions system of a Fortune 100 client; spearheaded an IP due diligence review that led to a client acquisition of a company valued in the $100Ms; managed patent protection in areas of machine learning for personalized medicine, imaging-based early detection of retinal damage, wearable devices for health monitoring, quantum randomness generation for giga-scale computing, nanowire structures for small scale computing systems, near field vehicle battery charging technologies, and bi-modal stimulus technologies for treating patient tinnitus, to name a few. For one university client, Paul took over prosecution of a portfolio of cases that had languished for years and successfully and quickly reached allowance for the client. On behalf of a Fortune 50 client, Paul was awarded a favorable settlement of district court action with a non-practicing entity (i.e., NPE or patent troll), through the preparation of “ready-to-file” inter partes reexaminations. Paul joined the firm in 1998 and strives to advance diversity, equity and inclusion efforts at the firm and in the legal industry, he also serves as Chair of the firm’s Pro Bono Committee.

The American Lawyer is written for lawyers in law firms, corporate legal departments, law schools, and government officials. The editorial mission of the magazine is to cover the issues confronting law and the legal profession. 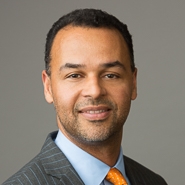