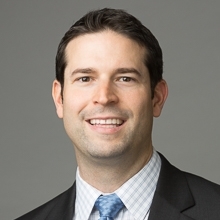 Ryan N. Phelan is a registered patent attorney who counsels and works with clients in all areas of intellectual property (IP), with a focus on patents. Clients enjoy Ryan’s business-focused approach to IP. With a MBA from Northwestern’s Kellogg School of Management, Ryan works with clients to achieve their business objectives, including developing and protecting their innovations and businesses with IP.

As a former technology consultant with Accenture and with a background in computer science and engineering, Ryan has extensive experience in computer system, hardware, and software design, engineering, development and related technologies. He represents numerous startup and Fortune 500 clients with patent matters in technical areas and industries including artificial intelligence and machine learning, medical devices, biometrics data and services, virtual reality, imaging, internet and e-commerce, computer networking, data storage and management, encryption and security, mobile telecommunications, consumer electronics, insurance and finance applications, mechanical devices, among others.

Ryan is also an adjunct professor at Northwestern University’s Pritzker School of Law where he teaches coursework on Patenting Software Inventions, with a focus on patent subject matter eligibility dealing with procuring software and computer related patents in view of 35 U.S.C. § 101 and the U.S. Supreme Court’s decision in Alice Corp. v. CLS Bank International, 573 U.S. 208 (2014). 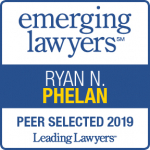 Ryan is the moderator of PatentNext, a blog that focuses on patent and IP law relating to next-generation and new age technologies that launched in March 2021. He was recognized as a Mondaq Thought Leader for Intellectual Property, United States during the Autumn 2021 awards for his contributions to PatentNext.

On behalf of startups to Fortune 500 companies, Ryan prepares, prosecutes, and manages patents and patent portfolios, in various technologies and technical fields. Ryan’s technical experience and background, together with his litigation experience, allows him to quickly understand his client’s technology and products, and prepare high-quality, litigation ready patents.

Ryan has personally prepared and prosecuted, or has been involved in preparing and prosecuting, over one hundred (100) patent applications in emerging and technical areas and industries, including in the U.S. and foreign jurisdictions (e.g., Europe, China, and Japan).

Ryan has extensive experience in and has represented clients in technical areas including:

He is experienced in all stages of litigation, including pleadings, discovery, summary judgment and trial.